This is the Horizontal Point Source Array Controller, which is used to adjust the parameters of new or existing HPSA Sources.

A helpful name should be entered here to allow for easy recognition of the horizontal point source array within the Source Manager.

Multiple templates can exist, to allow different loudspeaker configurations at different locations along the path set by the controller’s arrangement. See the section about templates for more information.

The stack layout table details the specifics of the loudspeakers generated by the arrangement tool.

It can be thought of in the following way - the arrangement tool at the top of the controller is used as a “constructor” to populate the stack layout table with the entities defined with the template system.

Using the stack layout table, it is possible to assign templates to entities, and override parameters generated by the arrangement tool manually. When a change has been made manually either to the layout, or the electronic filter settings, so that they differ from that of the arrangement tool (constructor), a reset button will turn green on the relevant row.

See the section about Array States and Warnings for more information.

Each source controller has access to the full set of Tuning Filters available across System Optimiser and Linus Control.

See the section about Tuning Filters for more information. 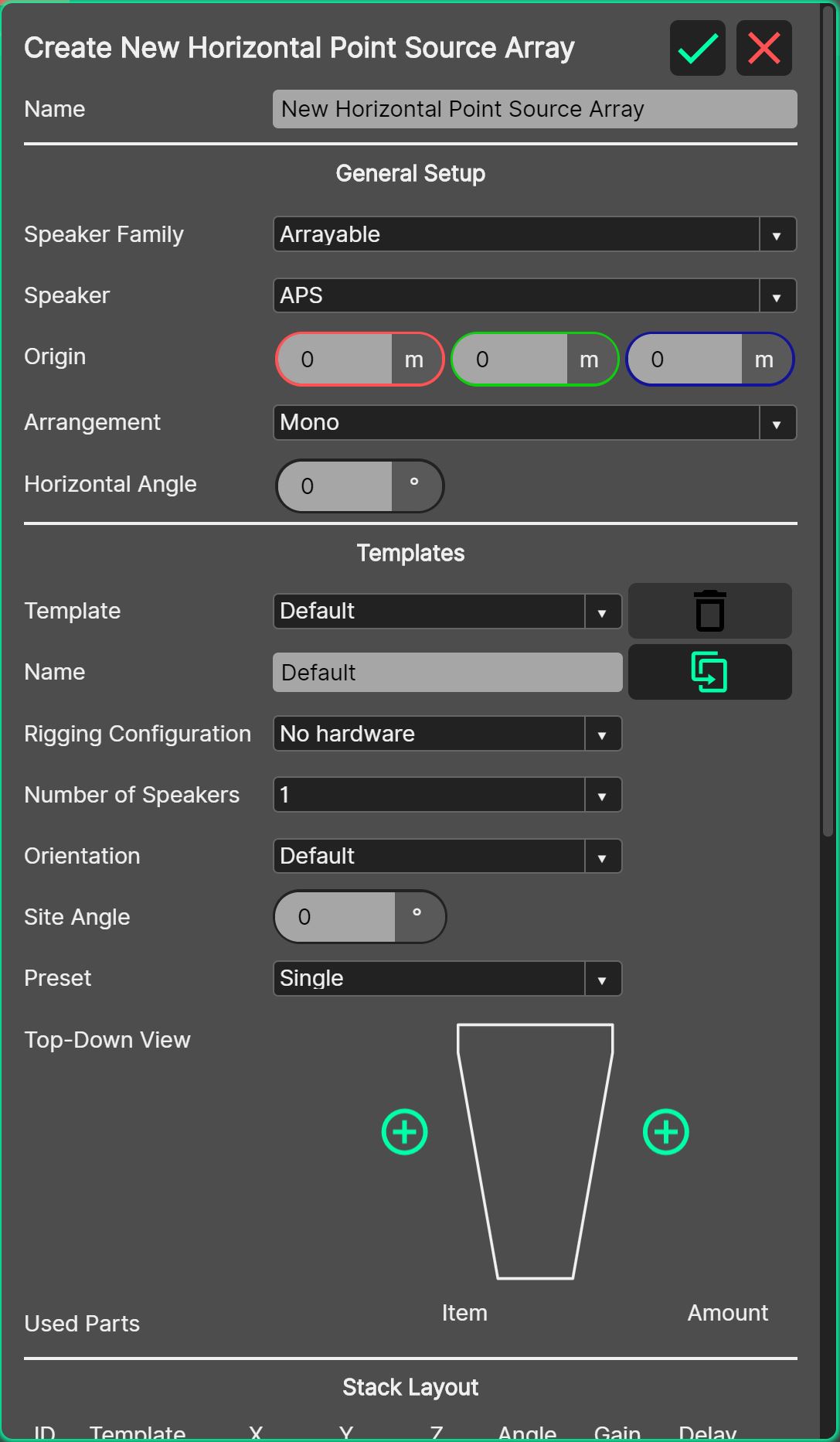